Aiming for the Sky: STS Alumnus Moves Full Speed Ahead in Bellevue High's Band and in his Quest to Fly
St. Thomas School
9/16/19
Share to FacebookShare to TwitterShare to Google+Share to LinkedInShare to PinterestShare to EmailPrint this page 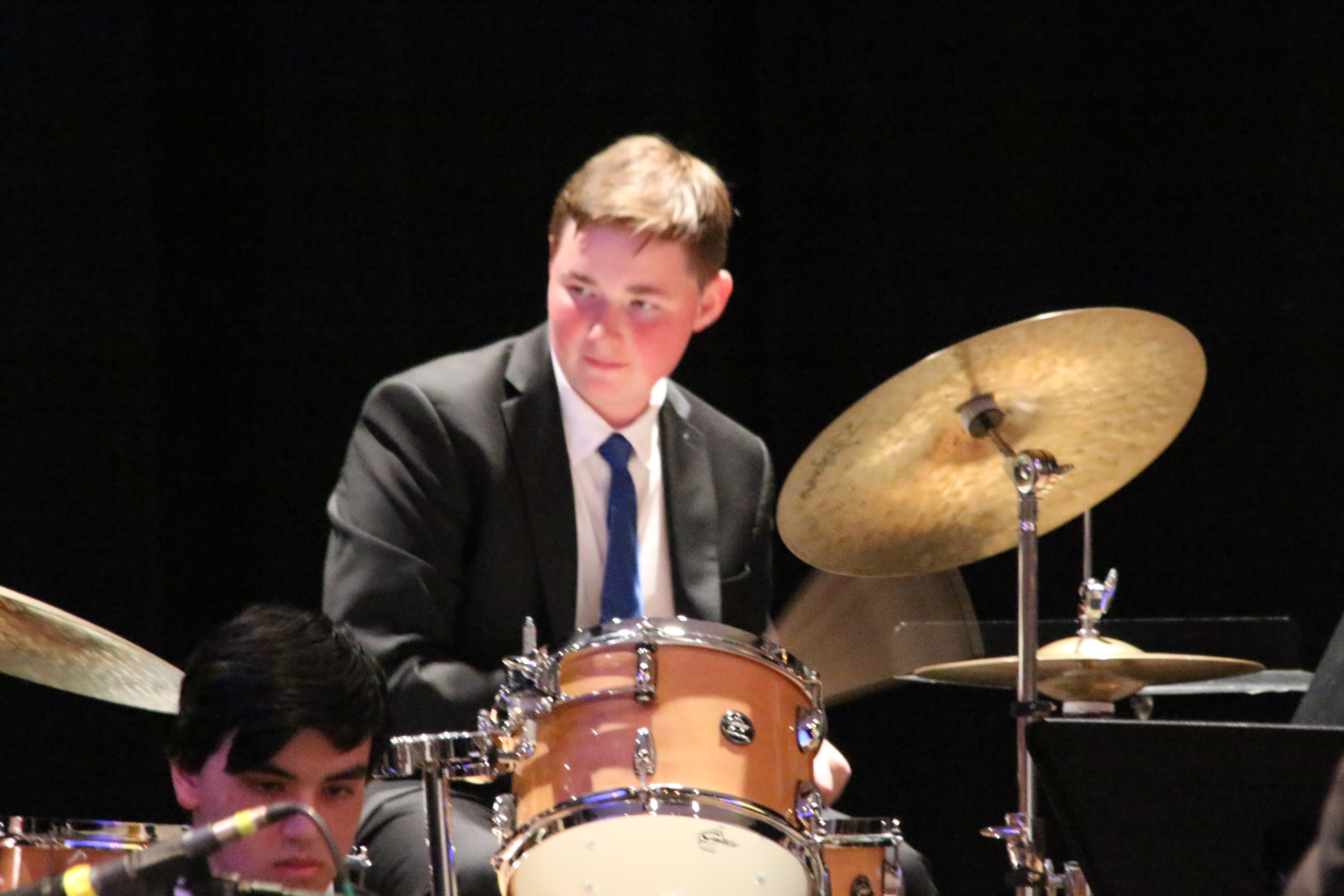 When David Barkman's parents evaluated preschool options for David, they were immediately drawn to St. Thomas School (STS) and its personalized approach to learning. Fast forward 12 years; David is a successful percussionist attending Bellevue High School with a series of impressive achievements and tenacious drive to achieve his goals.

As David trailblazes his path as a musician and an aspiring Air Force pilot, he looks back on his time at STS with gratitude for empowering him with strong communication and leadership skills, as well as the ability to fearlessly face new adventures.

David started STS in 2006, attending 2-Day preschool; he then continued through kindergarten, the Elementary Center, and the Middle School, graduating with the class of 2018. During his time as STS, David developed a deep passion for learning.

His favorite classes and strongest subjects were humanities and English. One of David's most cherished teachers was his middle school humanities teacher, Ms. Jenna Gareis. In addition to teaching him about history, Ms. Gareis taught David how to recognize and self-correct errors, a key problem-solving skill. David recalled, "If we made a mistake, she would pave out a path so that we could identify where we went wrong and how to solve the problem. She also made class fun and was really outgoing. It was obvious she really cared about teaching and making sure we understood the subject."

While at STS, David participated in a variety of extracurricular activities including soccer, Little League baseball, orienteering and Ultimate Frisbee. He also joined Cub Scout Pack 430, a commitment that helped him cultivate personal and civic responsibility. David shared that he is still active in Boy Scout Troop 430 and hopes to eventually become an Eagle Scout.

"My time at STS taught me so many important skills useful in everyday life," David shared. "The school really boosted my confidence and leadership abilities." This confidence was put to the test when David transitioned to a large public school, Bellevue High School. Despite the nervousness typically present when starting a new school, David wasn't fazed, and for that he thanks STS.

"From an early age, STS taught me how to talk to people and make friends, which has always been a benefit for me," he said. These social and communication skills have been useful in situations ranging from summer camps to starting high school. "Walking into Bellevue High, I could hold my head up, because I knew what I was doing."

His ability to face new experiences with confidence and enthusiasm demonstrates a strong level of maturity to those around him, which has paved the way for his early success in music.

David has been exposed to music his whole life. His mother is a music teacher and his family recalls David tapping out rhythms on a drum set as a two-year-old. Despite this early start, David said he didn't start playing seriously until age 10.

Since then, his music career has taken shape. He loves being in Bellevue High's band, jazz band, and drumline, and the sense of community participating in these programs instills. "Music gives you a whole community to be part of; to be successful, we have to work as a team" he said. "The people I've met in band are my really good friends and truly nice people, who are fun to be around."

David's favorite band events are football games; he particularly looks forward to the drum cadences, which is when drumline plays by themselves and is tasked with pumping up the whole stadium. "Drum cadences are the best, everybody loves those!" shared David. "The rest of the band will dance as we perform in the stands, and the whole band will march at halftime. You can just see the crowd and sideline get hyped up as we play."

While David loves the energy of playing at sporting events, he also values the focus it requires. "You have to keep track of what's going on in the game. If we play at the wrong time, our team could get fouled. Sometimes we will get cut off in the middle of a song, so we don't interrupt the play – we really need to pay attention."

His passion for music is clear, and as a young musician, David has already had the opportunity to travel and truly prove himself as a talented percussionist.

Recently, David and the band traveled to Los Angeles, California where they were able to go backstage and perform in a recording session at Disney Concert Hall, as well as march through Disney Park down Main Street U.S.A. "The producers then played our recordings to accompany scenes from Disney movies so we could experience what it is like to be a studio musician, and we were able to see how well we did. It was really cool," shared David.

David's love for music extends outside of the school environment. Last December, he was offered a paid job as a drummer with Snowflake Lane although he was younger than the minimum age requirement of performers. The directors made an exception and allowed David to join the cast. David indicated he was able to secure this position because of his musical ability and mature nature, for which he credits STS' emphasis on communication and respect. During the summer, David participates in the jazz camp, and Seattle JazzED where he practices his drumming and drumline skills with other local musicians.

David's fearless and mature approach to new experiences is present with all activities he pursues. This well-spoken young man is quite literally aiming high for his future career with dreams of becoming an Air Force pilot.

After seeing the U.S Navy's Blue Angels as a child, "I became absolutely obsessed with planes," he said. In David's "free time" he now participates in Civil Air Patrol, a volunteer organization and official civilian auxiliary of the U.S Air Force. "We get to dress, speak and salute like Air Force personnel, as well as learn about planes, take orientation flights, and learn to fly. I'm looking forward to my first flight lessons."

David feels the Air Force is his calling in life and that he fits in well with the community and their values. "It's interesting, many of the values they talk about in Civil Air Patrol are similar to the ones we learned at STS including compassion, courage, respect, and integrity."

David is off to a bright start, and it's obvious that he is embodying STS' commitment to character. He's "living with a purpose" by applying school lessons to the real world.